A Parisian exhibition celebrates the world star of the street art, without authorization, and without bothering with details …

By his anonymity, his refusal to communicate on his work or to sign certain works, Banksy has always generated an artistic vagueness as much as it stimulates the art market, pointing its limits, dynamiting its codes, reinventing its rules, while questioning the basis of even the urban art – on copyright in particular.

【Banksy Expo Paris】Who owns the paintings exposed on the walls, which don’t belong to Banksy? 【The World of Banksy】

Faced with the legal void, Bnanksy’s works are always stolen, feeding a black market to outrageous speculation. Banksy goes even for the exhibitions devoted to him.

The famous British artist takes any benefit, but cannot prevent them.
Because the works have been sold and are no longer his.
This great Parisian retrospective is no exception to the rule, and has therefore risen without any agreement of the artist.

Located in the Espace Lafayette Drouot, an old underground car park rehabilitated to the exhibition space last year, with “Les fans contre-attaquent”, a playback of the universe Star Wars which had its small success (60 000 entries ), The World Of Banksy occupies the three levels and 1200 m2 available, with no less than 51 works from private collections, and 42 stenciled walls, featuring the most famous paintings of the artist Banksy. This is where the mysteries begin.

For Banksy, nothing is true anyway.
It’s like for the Christ, we don’t care that he really walked on the water,
the important thing is the power of the message that this story conveys …

The owner of the venue and organizer of the event, Hazis Vardar says and smiles…

It’s like buying a Lacoste, we always have a copy, never the original model.

Who are the private collectors who provide the paintings?

I don’t know any, these guys, who circulate their collections throughout Europe, contacted me directly”

Are they speculators? And how do they guarantee that the paintings are authentic?

Including The little girl with the red balloon, one of his most famous stencil, here placed on a bland paper, without signature nor numbering.

For Banksy, nothing is true anyway. It’s like for the Christ, we don’t care that he really walked on the water, the important thing is the power of the message that this story conveys …

The ambition to be “in Banksy” :

It’s an immersive exhibition, to better communicate a message,because this work can only be understood in a street context.

We wanted to stay in the rebellious, revolutionary spirit of the street art.

Everywhere you see and hear, and wherever you turn your head, you’re not in front but in Banksy.

An amazing shortcut that may strangle for some purists, but will not surprise those who know little about Hazis Vardar.
With his two brothers, he is the owner of several theaters (including le Palace, ex-mythical club transformed into a theater).

The Belgian siblings have dynamited the offer in Paris,with an ultra-popular approach that has not been unanimous in the world of theater and media,but seems to have found its audience.

Hazis Vardar applies the same formula to the street art, and admitted that it is especially the personality of Banksy that pleases him.

Normal: Both like shamelessly to mix the art and the consumption.

More than an exhibition, The World of Banksy is an immersive experience and to enter physically into the graffiti world for visitors, “You had to see the major works at scale 1.”

As many works are already inaccessible (spread around the world, destroyed, or simply not on the market), he then has the idea to reproduce them in the exhibition thanks to “a collective of world-famous street artists, but who wish to remain anonymous”.

The questions: on the content – these are not Banksy’s paintings but a best of the copies imitating the most famous stencils of the Banksy that we are offered to see; and on the form: the art of stencil is not as easy as it looks,some pieces are in a very rough precision.

Propaganda and irony on all floors

A donkey and a soldier standing side by side on a Bethlehem wall or a tearful young woman at the Bataclan Gate. 42 frescoes by Banksy have been rendered in full size by a dozen graffiti artists from around the world.

In the basement where starts the course, a beautiful series of paintings which summarize the Banksy style, while misappropriation, propaganda and irony. With little light,the scenography is managed to install an atmosphere.The stroll continues on the floor above, with a spectacular staging around the artist’s achievements in Bethlehem.A life-size replica of the wall of separation with, above, the famous protester who throws a bouquet of flowers, but also a reconstruction of one of the rooms of the Walled Off, the conceptual hotel opened by the Bristorian.It’s original and successful, but as everything is fake, we have the feeling of crossing a theater set.Paris, then New York, flying over the following rooms, before landing on the top floor dedicated to England, motherland of the artist.

According to him, this is the first time in Europe that the challenge to make feel inside the exhibition space of the mysterious Bristol artist.From the Palestinian territories in New York, London and Paris, you can even hear the helicopter buzz in reference to the repression.

What is left when visitors are leaving?

Nothing really amazing, but nothing unpleasant, if not the price / quality ratio is a little rough. (14 €)

And breaking free from rules to tell a story, no matter what, Hazis Vardar, who defines himself as a precursor,achieves one of his goals : question about the freedom which is now recognized the definition of the word “exhibition” and its border with the word “attraction”.

We don’t like “The World of Banksy” at all.

Paris Diary written by gypsycats from Paris France
I love the art in France and Paris.
Particularly interested in Art, Travel, Fashion, etc... 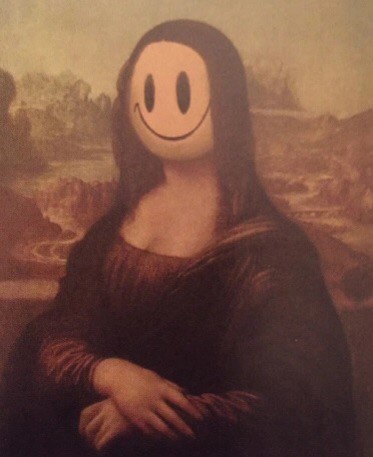 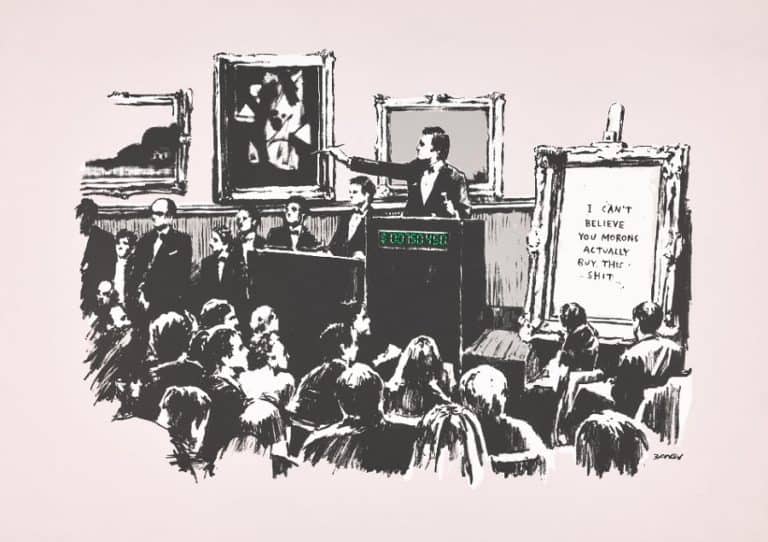 Banksy returns under the hammer of two auctions in September 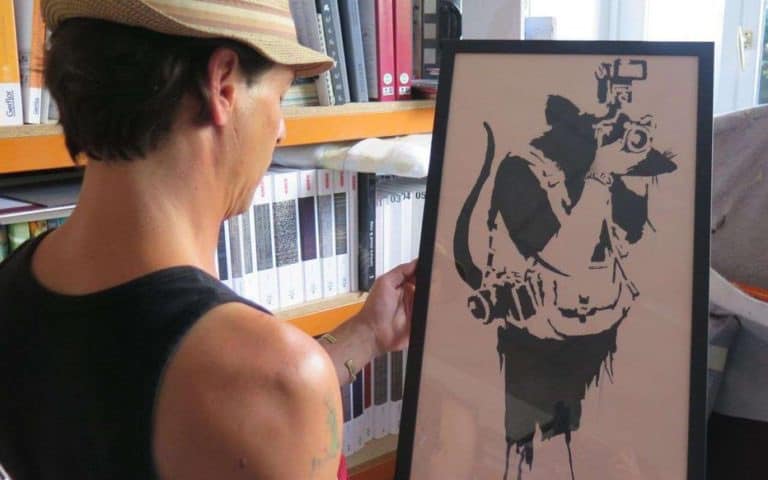